If there is one place capable of capturing the collective imagination with visions of fabled treasures, unexplored jungle, ancient rituals and mysterious cultures the Angkor temple complex is certainly it. It is the lifetime dream of the traveling photographer, on par with Easter Island and Machu Picchu.

Flying over the jungle for a while with views of lakes and river and lush landscape, I stretch my neck left and right trying to catch a glimpse of Angkor Wat but our route does not take us in its proximity. The landing at Siem Reap airport is smooth and right on time. While our Cambodia Angkor Air Airbus taxis to the terminal my excitement grows, as images of stone faces and jungle covered ruins plays in my mind.
I have been traveling with my friend Michelle for a while now, and we have recently met some other friends from Wyoming down in Sihanoukville (where we just flew from). Together we hop on the Tuk Tuk that is waiting outside of the terminal to take us to our guesthouse: the Seven Candles.
I want to spend a few words on this place in case you, dear reader, end up in Siem Reap a day or another. Seven Candles (http://www.sevencandlesguesthouse.com/) is more than a guesthouse, it’s a school for rural children and part of the profits go to the education of these children. Please take a moment to read about the foundation: http://www.sevencandlesguesthouse.com/#!our-foundation.
Lori Carlson, a transplant from Austin, Texas manages the guesthouse. She has a quick smile and many helpful tips, which contributed to making our stay more enjoyable, 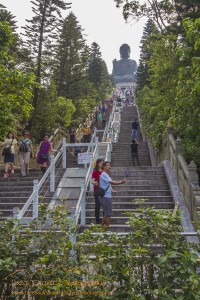 Our trip began in Tokyo, with a 26 hours stopover to show my friend Michelle around the city since this was her first time, and continued to Hong Kong were three days were just enough for a visit to the Po Lin monastery, a few museums, catch up with old friends and have dinner at my favorite Nepalese restaurant. From there we flew to Ho Chi Minh City (the old Saigon) in Vietnam for a quick tour of the city. We arrived at midnight and a short taxi ride took us to the hotel in the city center. Asian hospitality never ceases to amaze me: not only was the location of our hotel convenient, but our room was large, modern, had a huge bathroom window overlooking the city and the hotel had a beautiful rooftop restaurant/bar where we could enjoy a delightful meal and drinks for just a few dollars. The staff was, of course, very friendly and helpful too.
The following morning’s rain did not stop us from enjoying the city. We took a rickshaw to visit the local market (similar to a bazaar) which was overfilled with trinkets and souvenirs that made me wish I had any room in my small backpack, the only luggage I dragged. When the rain finally stopped and a bit of sun came out, we walked to the War Remnants Museum. The visit was somber, the museum was full of people but hardly any word was spoken, as the many photographs on the wall grabbed everyone’s attention. I had a sense of déjà vu, projecting myself in the Atom bomb museum I had visited in Hiroshima years before. It’s incredible to see the kind of atrocity people are willing to commit in the name of some temporary political ideology, but it’s good that we have places like this that can remind us of the past and push us to be better people to ourselves and those around us. Taking photographs is allowed in most parts of the museum, but I limited myself to a few shots of machinery in the front yard. 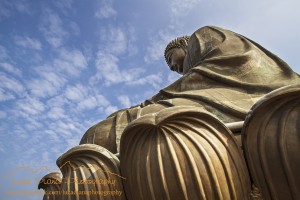 The good mood returned in the evening with a walk in the business district, watching and avoiding the movement of thousands of scooters, which was quite an adventure in itself. If I were asked what are the three most difficult things I have done in my life, I would say that crossing a street in Vietnam was definitely one of them. We concluded the evening with a visit of the Saigon Skydeck. Located on the 49th floor of the Bitexco Financial Tower, at a height of 178 meters, we enjoyed a night view of the city and its myriad of lights from above. A lengthy walk home and a pleasant dinner on the roof was all that was left for the day, the following morning was going to be spent for the most part on a bus to the capital of Cambodia: Phnom Penh.